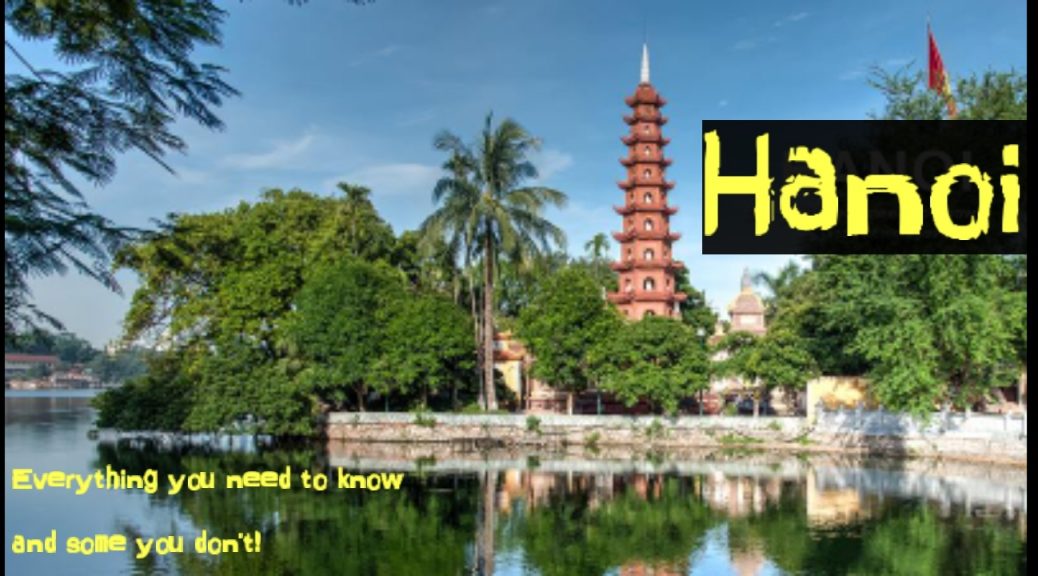 So I’ve been to Hanoi three times now and it’s about time I did a blog on it.

My first visit was as a backpacker from Cambodia to visit for New Year 2018 and as a jump off point for backpacking the rest of Vietnam. Then the second time was in June 2019 as I cycled up from the south to the north and finally on a quick bus trip from Sapa to apply for my Thai Visa.

Each time, apart from a few nights in hostels, I was put up by a great friend of mine from back in my army days. Nick now lives 6km south of the city centre with his wife Ha. They really looked after me and it was amazing to see Nick again after nearly 18 years. Even after all that time it was as if a switch had been flicked and we were back in the day. Laughing and joking about old comrades and some of the shenanigans we used to get up to as young(ish) soldiers!

New years eve in Hanoi old quarter was a blast, although I got my puffa jacket stolen. 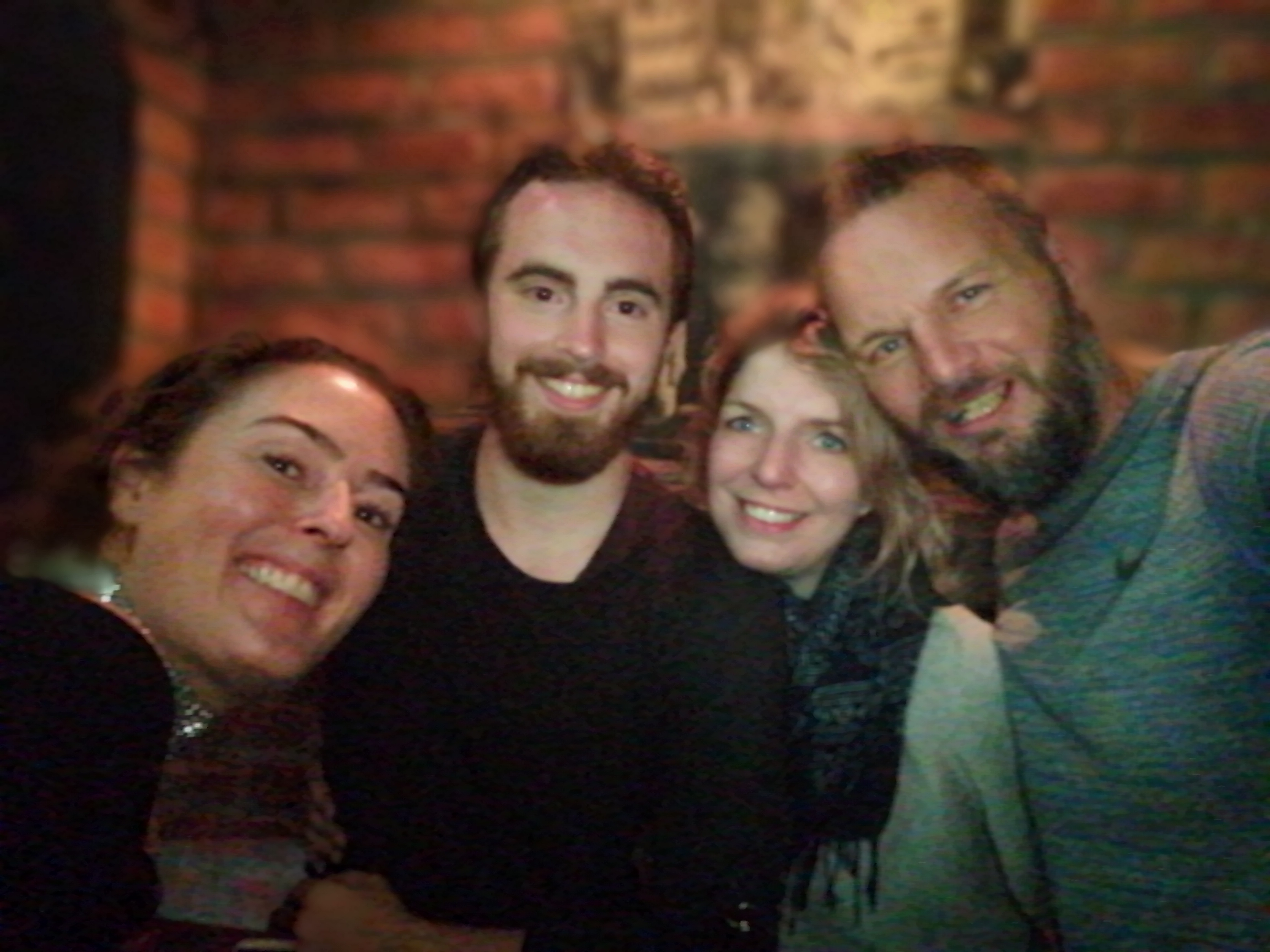 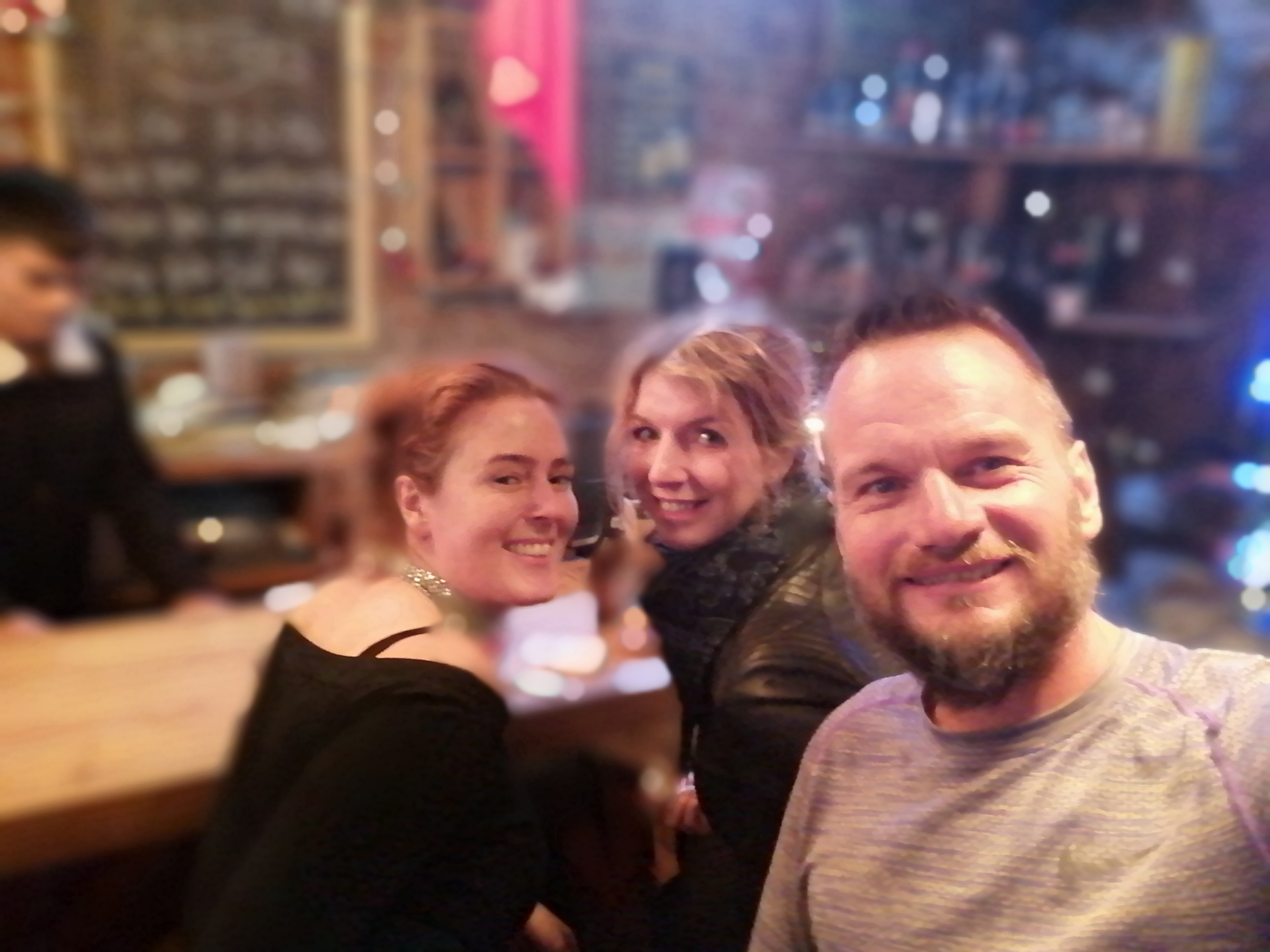 However, the next day I was able to buy a knock off Northface one from one of the miriad of ‘Made in Vietnam’ shops in the backpacker area. You can buy Underarmor, Northface or come to think of it any of the major sports and outdoor equipment stores you find in the Western World.  At the end of the day (apart from it getting dark) the original and copies are probably made in neighbouring factories!

Ha is also a great cook and delighted me with some home cooking and I was happy to get in the kitchen again and return the favour.We also enjoyed some fab meals out (Cha Cà La Vong was a delight) and on my final visit I was also invited to a large family get together to celebrate the graduation of one of her extended family. 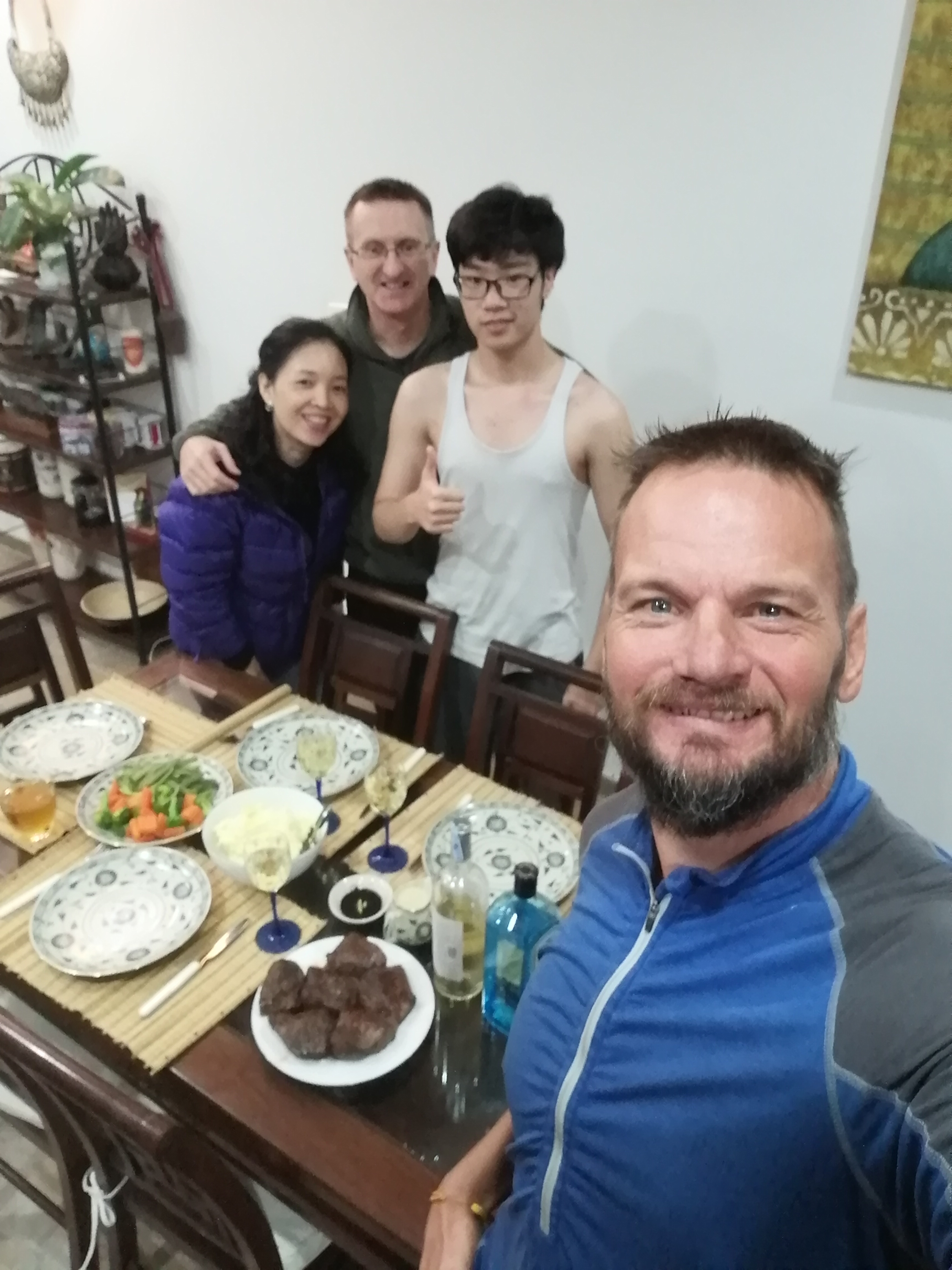 So what else is there to see and do in Hanoi? Apart from being able to book tours to Sapa, Hà Long Bay and Tam Coc, there’s also a huge amount of travel opportunities further afield either by train, plane or sleeper bus. Hanoi is a great hub for seeing a lot of Vietnam.
In Hanoi itself I was able to visit some beautiful tourist attractions. Here’s my top tips…

‘Hanoi Hilton’… Hỏa Lò Prison was a prison used by the French colonists in French Indochina for political prisoners, and later by North Vietnam for U.S. prisoners of war during the Vietnam War. During this later period it was known to American POWs as the Hanoi Hilton. The prison was demolished during the 1990s, although the gatehouse remains as a museum. 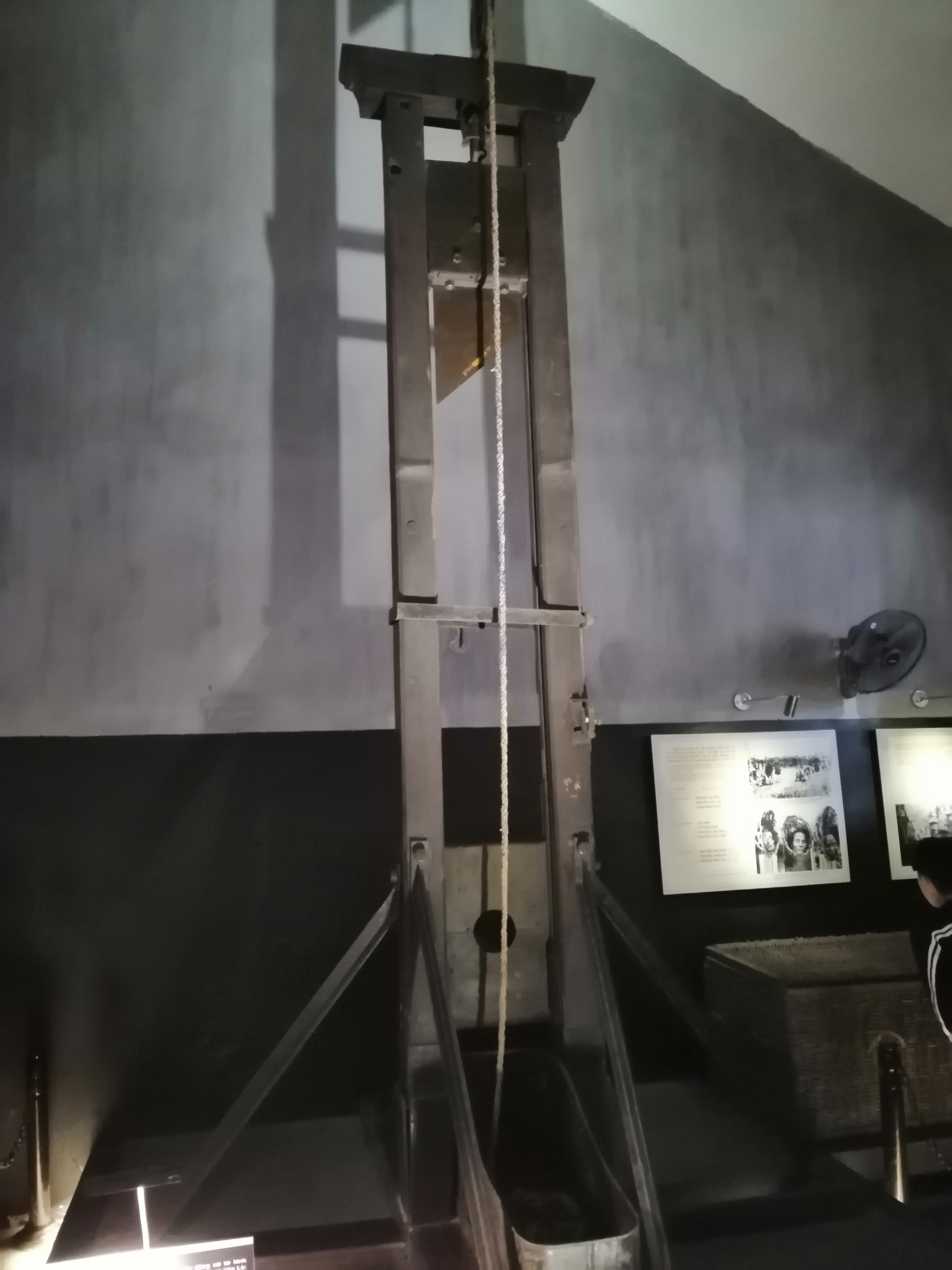 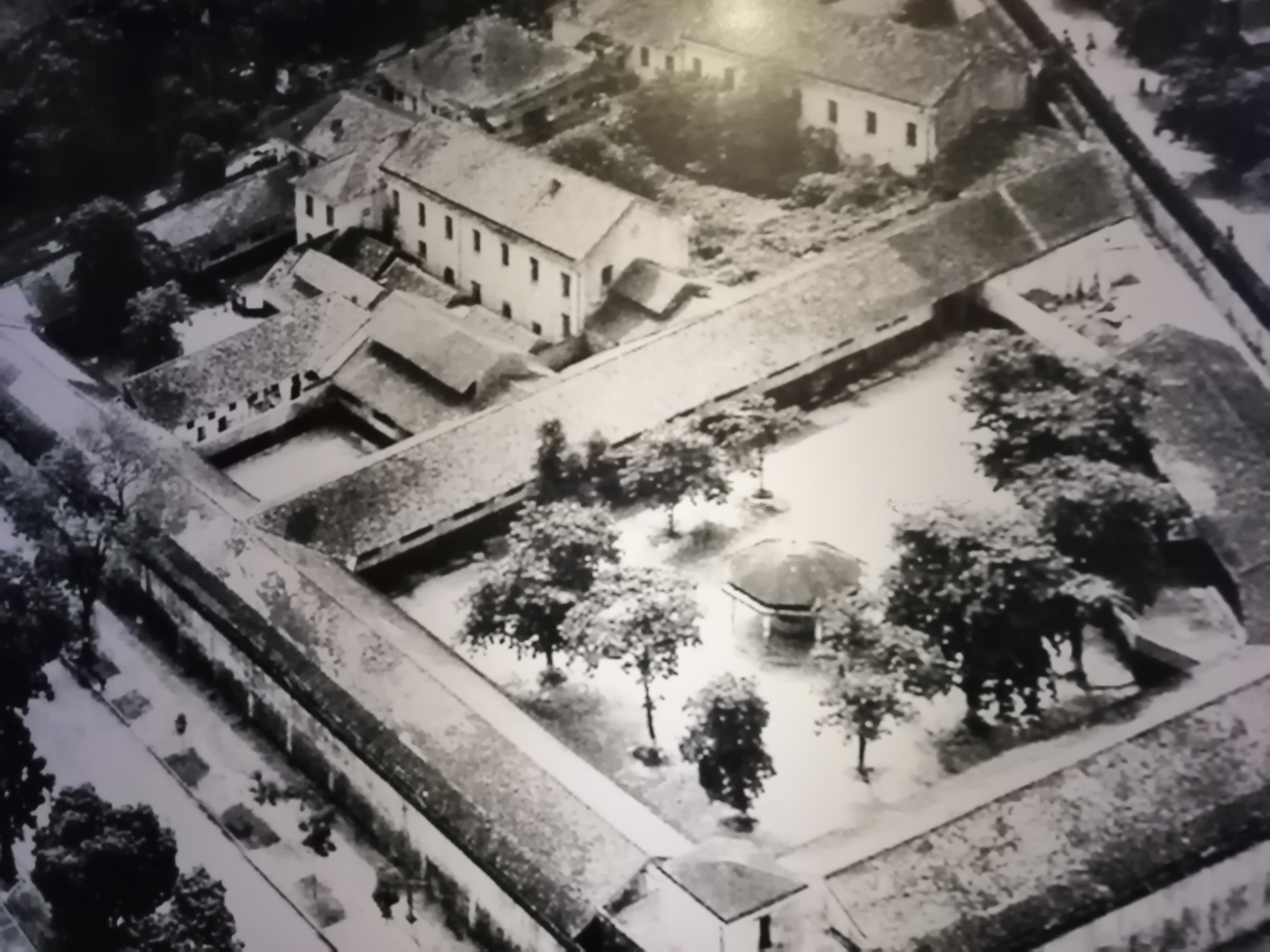 The Liturature Temple… a temple to Confusious in Central Hanoi and is sat in a lovely quiet garden with pools. The area feels really relaxed and is a great hideaway from the hustle and bustle just outside its walls.

Railway tracks… at least twice a day a train rumbles through a narrow series of streets in the old quarter. Lined with shops and cafe/bars its a big tourist attraction. Drying clothes are carried inside, children ushered indoors, and bikes pulled to the side of the road just before the train speeds past, with a couple feet of clearance at most on each side. In some places the train is mere inches from the buildings. The street’s residents press tight to the walls or duck into nearby doorways with a startling nonchalance and go right back to walking across or sitting on the tracks as soon as the train has passed and tourists flock over the tracks looking for that great Selfie. 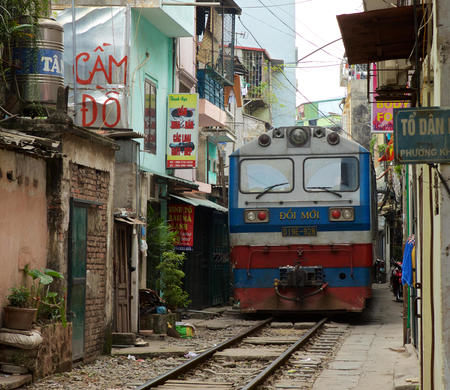 Ho Chi Minh Mausoleum… one of the most visited attractions in Hanoi. It is the final resting place of Ho Chi Minh, the most iconic and popular leader of Vietnam, known to his people as ‘Uncle Ho’. His body is preserved here in a glass case (albeit against his wishes).

Old Quarter and Backpacker area… Narrow streets packed with Made in Vietnam shops, souvenir shops, tailors, silk sellers, restaurants and bars this area really comes alive in the evening when the pavements are covered by small plastic tables and chairs with the masses eating and drinking on the streets. It’s a push and a shove at times to get by and your senses are overloaded by waiters enticing you in for food, girls in tight dresses plying beer, the smell of delicious foods, the noise from people and bars alike. A great fun night out. 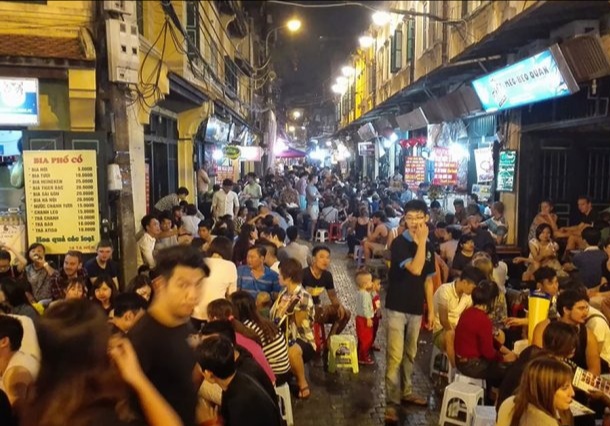 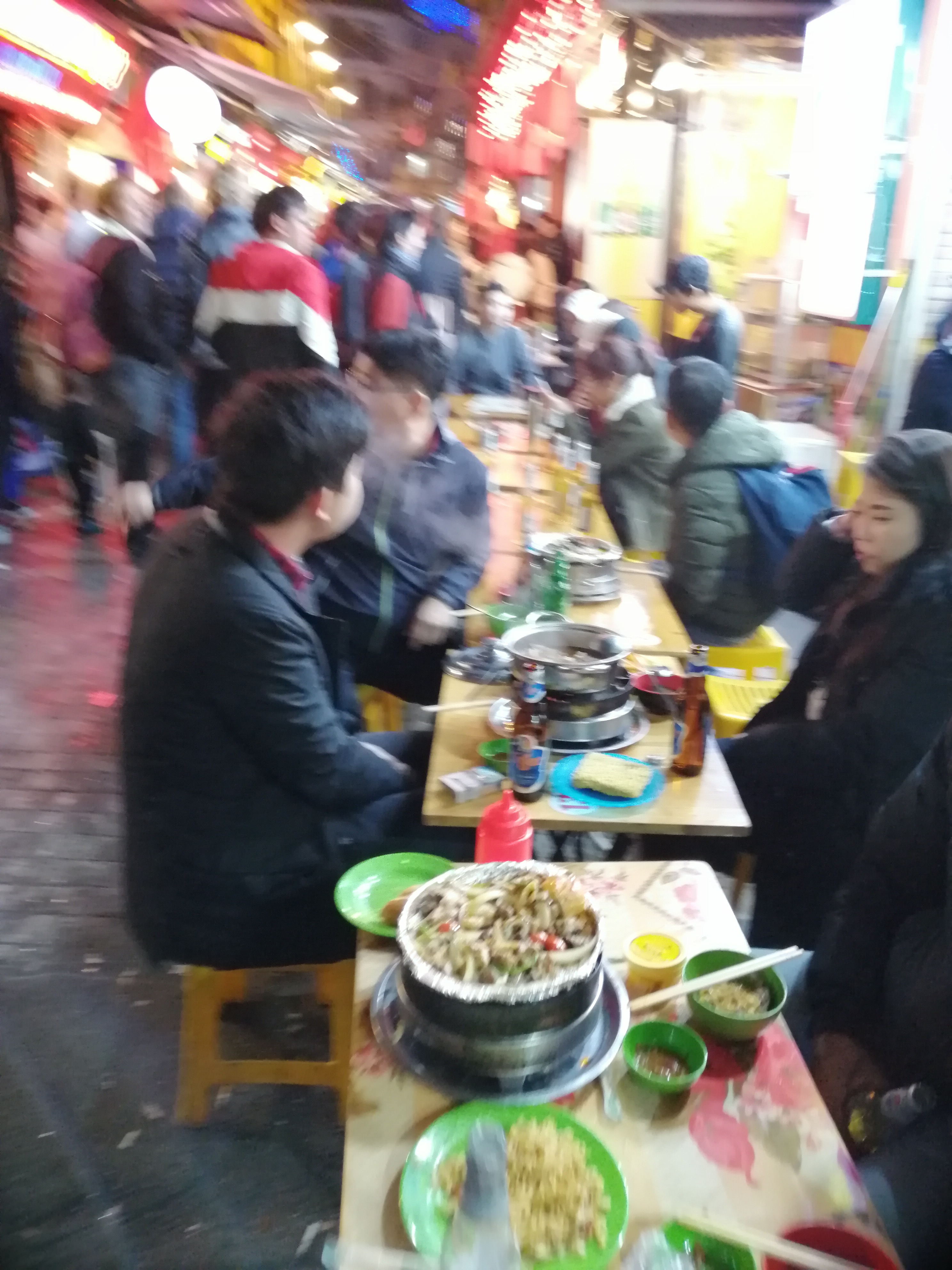 St Joseph’s Cathedral… the oldest Roman Catholic Church in the city. Prior to the construction of the cathedral in 1886, the French occupation demolished Bao Thien Pagoda, an important Vietnamese temple that was built during the Ly Dynasty. Saint Joseph Cathedral of Hanoi was inspired by Notre Dame de Paris, boasting a neo-Gothic architectural style, twin bell towers, intricately-designed altar, and colourful paintings and stained-glass windows from France. Surrounded by plenty of trees and flowers, a statue of Mother Maria is also set within the courtyard in front of the cathedral.

Lake Temple… Hoan Kiem Lake is where you can find locals jogging, enjoying a coffee and even practising Tai Chi and line dancing in Hanoi Old Quarter. This peaceful lake surrounds Ngoc Son Temple, an 18th century pagoda sitting in on a small island that’s accessible via an ornate wooden bridge. Inside the temple are several altars dedicated to military leader Tran Hung Dao, large bronze bust, some ancient artefacts including ceramics, and a preserved specimen of a giant turtle found in the lake weighing 250kg!

Craft Beer pubs… It’s been a while since I’ve had a decent pint and fortunately Nick knew a few craft beers places (it’s becoming a thriving business in Vietnam’s larger cities) where we could sample some amazing IPA’s and savour the dark flavours of a proper beer! Pasteur St Brewers and the  Polite Bar, both near the cathedral are great places to savour the real nectar of the gods! 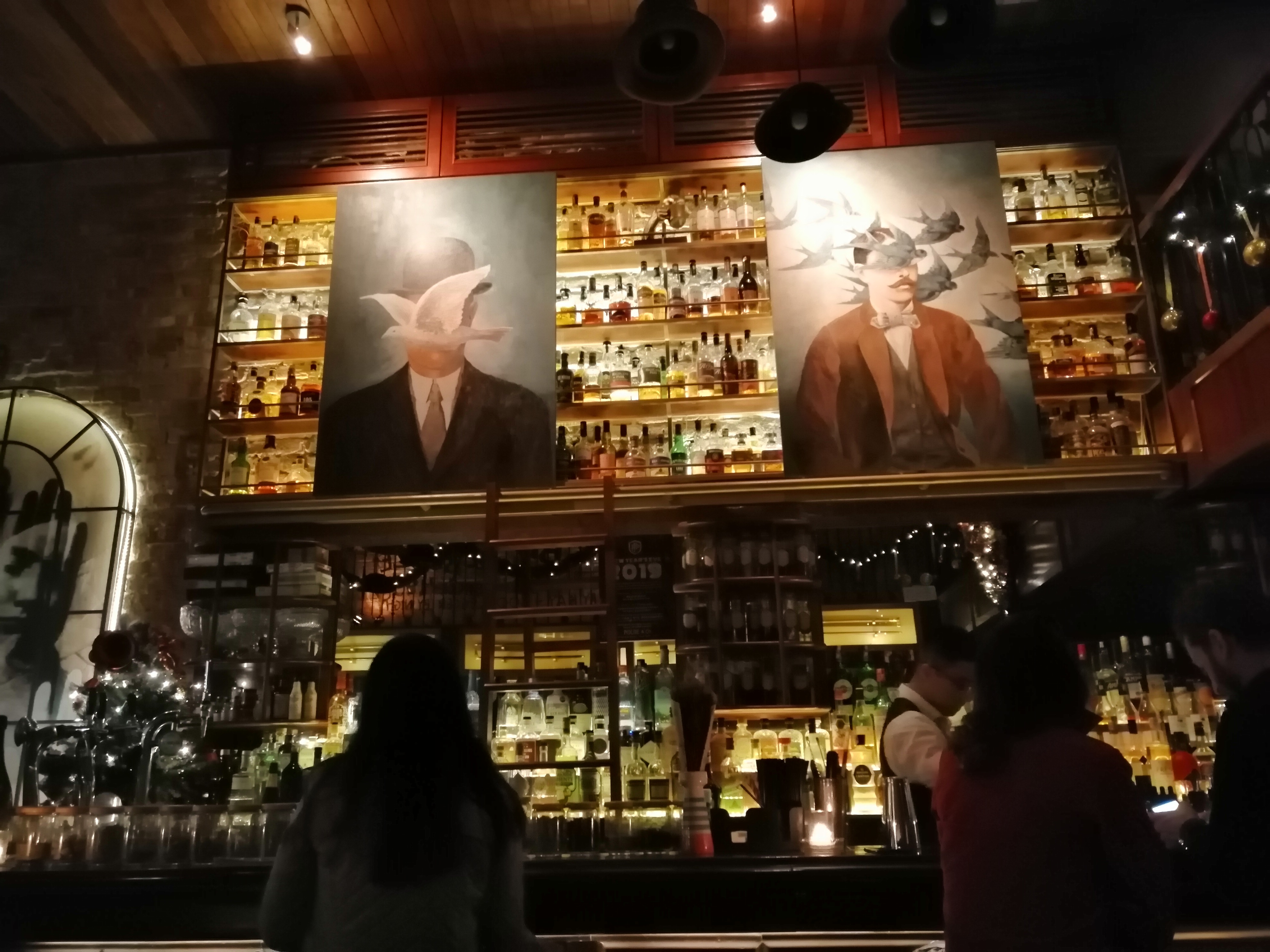 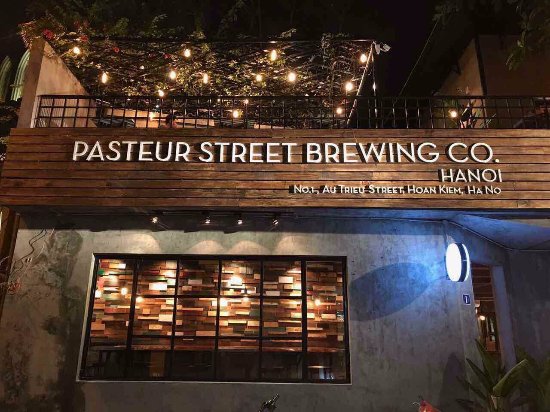 Food food food… OK so you’re probably getting bored now, but I saved the best til last, maybe! But OMG there is some amazing food to be had in Vietnam and in Hanoi you can get it all; Banh Mi, Bun Cha, Banh Quon, Cha Cà, Banh Xeo, Hotpot, on and on I could go. Cheap and delicious. There are even food tours for those that can’t make their mind up, easy life! 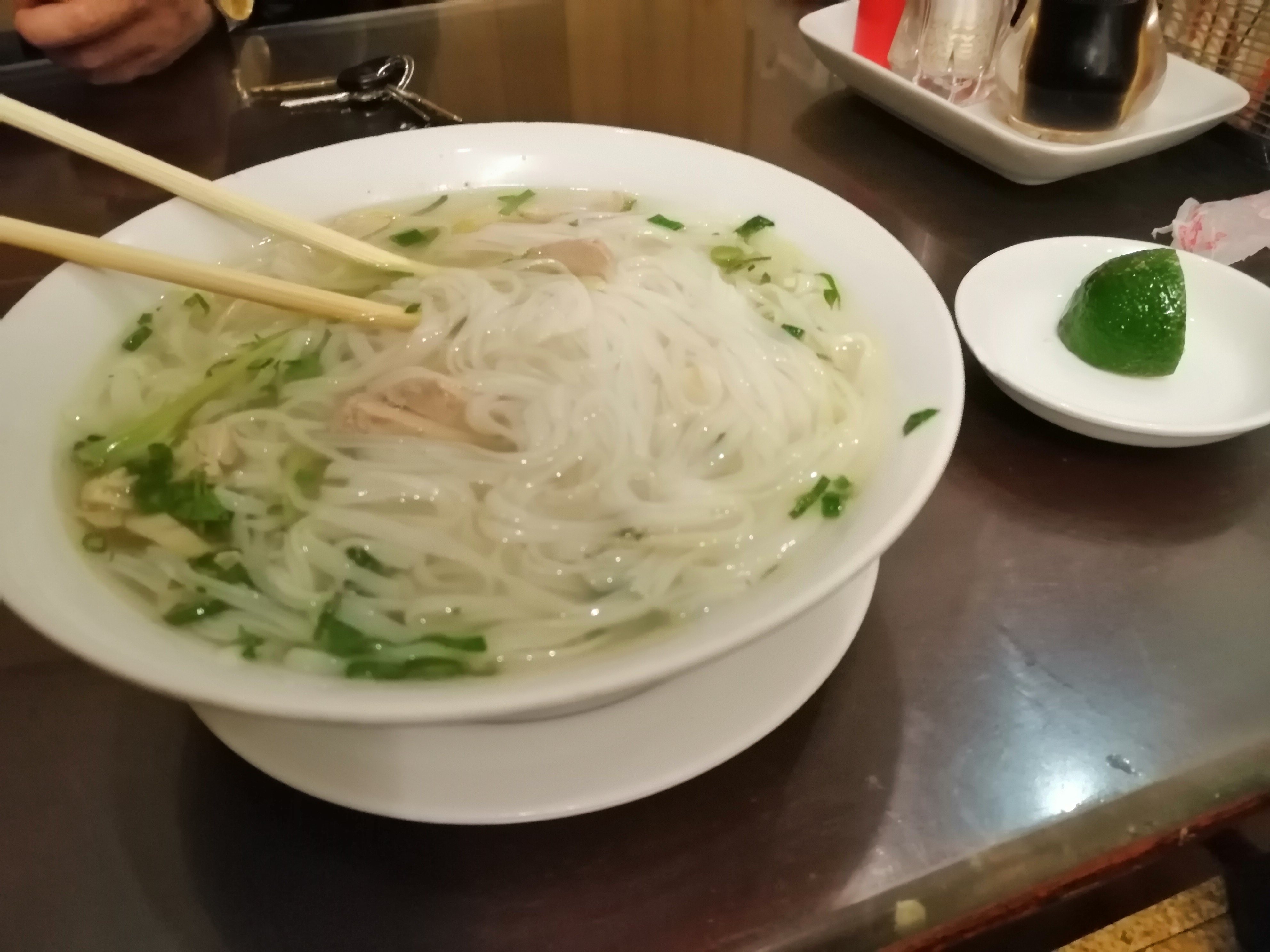 All in all Hanoi is a beautiful vibrant city. I much prefer it over Saigon for its charm and quieter way of life, and you can still have a great party! If you ever come this way definitely spend a good few days and nights here to ensure you sample it all.

Thanks once again Nick and Ha for putting me up, feeding me and showing me Hanoi!!